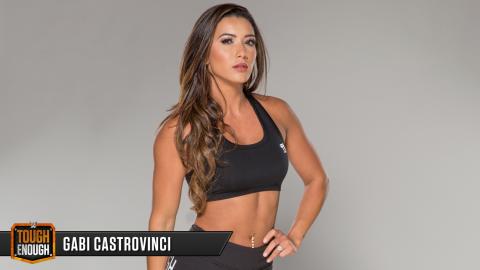 Ladies and gentleman, Zonawrestling, in the person of Walter Farinella, has the pleasure to interview Gabi Castrovinci, the Brazilian competitor of WWE Tough Enough. She told us about her future plans about Pro Wrestling, her quarrel with Amanda Saccomanno, not liking The Miz and much more.

W:Ladies and Gentlemen here we are with the Tough Enough Brazilian competitor, Gabi Castrovinci. Hello Gabi, introduce yourself to the Italian readers and the WWE Universe around the world.

G: Hi Walter and Zonawrestling, thank’s for having me. My name is Gabriella Castrovinci. I am Brazilian, currently  in Connecticut, but I am going to move to Orlando, Florida. I came to USA, when I was 19 or 20. I worked really hard, trying to give to my family a better lifestyle. I cleaned houses for seven years before to start with Fitness and Bikini Modeling. I did it because I needed to get a stage experience before to start my  journey in Pro Wrestling. Also I needed to improve my body shape.

W:So, did not you have a Pro Wrestling Background before Tough Enough?. And what is your favorite WWE Superstar?

G: Before Tough Enough I had no experience in Pro Wrestling. Now I am training in Florida with Afa Samoa, because I want to do a tryout with NXT as soon as possible. This is my plan. My favorite Superstars are Paige and John Cena.

W: Living in the barracks: How was to be constantly filmed by WWE Cameras? Can you talk to us about your relationship with the other competitor? And, about the quarrel with Amanda, do you think you two crossed a line?

G: Honestly living with people that you don’t know, it’s really hard. I never was under the microscope like in Tough Enough. About the relationship with the other competitors, I did not came to Tough Enough to createnew friendships, but to win the competition. About Amanda, I have nothing to say, speaking about her it is a waste of time. She doesn’t mean nothing for me.

W:So, how was your 1st approach to the WWE Pro Wrestling Training?

G: It was amazing, because I immediately realized that this my dream, this what I want to do. For this reason I continued to train in Wrestling the day after my elimination. Pro Wrestling training is really hard, you must have your cardio on point and your strength too. In ring stuff is difficult too, but for me it was really easy to learn, because I love it and I can do it.

6: Let’s now talk now about the three coaches: What do you think about them?

G: They are three amazing individuals: Lita is my favorite Diva of all times and she was very kind with all of us. Billy Gunn is extremely passionate about the business and he is also one of the trainers of the Performance Center. He become really frustrated  when the competitors can’t do easy  in-ring stuff after a long period of exercises tests. Booker T was my favorite, he was very kind with me after my elimination, I did an interview on his Podcast  and also he told me where I should go after my elimination, the right way to take to become a good Pro Wrestler.

G: Paige is amazing, she inspires me. We have similar life stories. We both came from another country to live in USA. I came here, like I said,  trying to give to my family a better lifestyle. Daniel Bryan is really passionate about Pro Wrestling. One time he visited us in the Barracks and talked with us about the discipline, giving us some tips about the business. It was very good spending time with him. About Hulk Hogan I can’t say so much. I was a fan of him, but I think that whatever decision the WWE made was good. I know how is to be a racism victim, because my grandmother was black. And about the homophobic comments, in my family I have some gay relatives and a lot of my fans are gay too, so I really don’t understand homophobia in general and why people use some terms as insults. In the end, about The Miz, when he saved Amanda, I understood why people dislike him so much. I really don’t understand why he saved her.

W: As you told us, you started to train with the Wild Samoan Pro Wrestling Center in Florida. This is a very good signal. Can you talk about this? How is to train there?

G: Sure, Training with the Wild Samoan it’s amazing for me. This is a very good place to learn the best way to become a wrestler. Obviously this is not the WWE Performance Center, that is the best place in the world, speaking about Pro Wrestling training, but being there it’s really cool, because we are like a family group. Afa is like a father for us. In a few weeks I improved so much and I learned quickly a lot of new in-ring stuff. 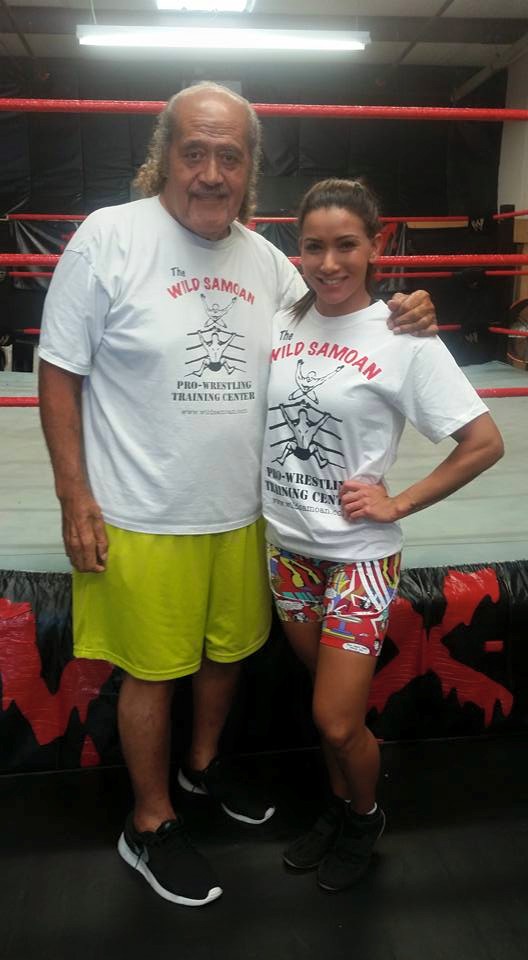 W: So, your future plans in Pro Wrestling are clear. Your goal it’s to obtain an NXT tryout soon.

G: Yes, like I said before, Tough Enough is just one of the possible ways to arrive in WWE. I am the first Brazilian girl, who are trying to do that and I am very proud. Like I said, I want to arrive in NXT as soon as possible.

W: According to you, who will win Tough Enough?

G: Well, right now I am very disappointed. To be honest, I really don’t care who will win. Before I should say Patrick or Mada, but they were eliminated. It is very subjective and it is a popularity contest. Amanda should leave and Mada stay, because he could have a good future in Pro Wrestling: he has the look, the passion, the body etc. I don’t watch it anymore. All I see it’s from social media. In the end I think ZZ and Sara Lee will win, because they are very popular.

W: Do you want to comment the UFC Fight between Ronda Rousey and the Brazilian Bethe Correia?

G: Absolutley: I have no idea that Bethe was so cocky and in a first moment I supported her, because I am extremely patriot. Then, she started to talk so much about Ronda’s personal life, for example her offensive comments about Ronda’s father. It was a surprise for me. It’s ok to be cocky, but I did not appreciate what she said.

W: Thank you Gabi for the interview. I wish you the best for your future. In the end, if you want, you can say something to the Italian fans and the Worldwide WWE Universe.

G: Don’t give up on me, because you will see me soon in Pro Wrestling, it doesn’t matter where, but I am gonna go where my heart will decide. I will be a Pro Wrestler. You can find me on Instagram and Twitter @ToughGabi, where I post clips and photo of my in-ring improvements. Thank you Walter again for having me.