Ladies and gentlemen, after the success of Tommaso Giannuzzi and Hank Avery interviews, Zonawrestling has the pleasure to interview, in the person of Walter Farinella, Alexander Frekey, one of the 13 finalist of  WWE Tough Enough 2015. Alex was eliminated last week in the second episode of the show. Like the previous interviews, this is also very intresting, because we talk about the show all-round. For example he talked in details about his sentence "Knowledge is nothing", he said who are his favourites to win this program, his relationship with the coaches and much more.

W: Ladies and gentlemen, here we are with Alex Frekey, one of the 13 finalist of WWE Tough Enough. Alex, to start tell something about you to the Italian fans. Who is Alexander Frekey?

A: Hello Walter and hello everyone! This is the Russian Giant Ginger Alex Frekey. I am 6’4 and 250 lbs and I live here in Dallas, Texas! I have been a bodybuilder/actor for 10 years here in the USA.

W: Are you a Russian native?

A: I am actually a first generation born here in the US my family is from Russia.

W: I see, before to talk about Tough Enough and the Performance Center,   let's talk about wrestling in general. Do you have basical skills in Pro Wrestling? Do you have a favourite WWE Superstar?

A: No, I actually do not have any Pro Wrestling background. My favorite WWE Superstar of all times is Bill Goldberg, but currently I say Dean Ambrose. I like his character so much.

W: Yes, Dean Ambrose is currently one the most talented Superstar in the business. Anyway, let's start to talk about the Performance Center and Tough Enough. What is your opinion about the Performance Center? How was to live and workout there, sharing the place of work with NXT famous Superstar like Kevin Owens, Sasha Banks, Sami Zayn and Finn Balor or to be greeted by Triple H.

A: The performance center is an awesome place! The energy in there is amazing and the facility is state of the art. It was really great working in the same building as Triple H because he is a very intense but very nice guy. Always polite and respectful when I saw him. All the NXT guys I met during this experience were very nice and welcoming as well.

W: Can you tell us about the selections you have to pass to be part of the program?

A: Basically I had to submit a video on WWE Tough Enough website of why I am Tough Enough. Wait and see if I was chosen to be a part of the 40. Once selected we had to go through numerous Drug screenings to pass to get to the Performance center. Then we had to do 2 days of Mini Camp which was a series of incredibly difficult drills and also interviews with the coaches and producers to see if we had what it takes to be a WWE Superstar. Then after selected to be in the top 13 we had to go through more medical screenings to be able to be cleared to be on this season of Tough Enough.

W: The workout sessions were really so tough? We saw a lot of guys have cardio problem or similar during the process. Tommaso for example said to us that the Pro Wrestling training is the most difficult. Can you confirm that? Anyway what was your relationship with the coaches? Billy Gunn, Booker T and Lita.

A: Yes they were very intense. I confirm, Pro Wrestling training is very difficult!! My relationship with the coaches was actually very good because I did everything they asked of me and did it fairly well.

W: Yes, for example I saw that in the bumps challenge you was one of the best. How was to live in the Barracks, constantly filmed by WWE cameras? And how was the relationship with the other guys? Can you tell us something about the debate with Patrick about your sentence "The knowledge is nothing"? That was not appreciate by the Judges Daniel Bryan and Paige.

A: Ya, in the bump challenge I did pretty solid. I received compliments by the coaches. Oh gosh living in the barracks was pretty tough considering the rough living conditions none of us are used to. My relationship in the other guys was actually really good, we are all pretty good friends.. Now Patrick on the other hand was a little odd. He kept bragging about how much he knew about the WWE and I told him that his knowledge doesn't translate to physical skill. That conversation was taken out of context by the judges and the WWE Universe that I knew nothing and disrespected the business. Which is TOTALLY not true! I used basketball as an example: I said "Did Michael Jordan need to know every championship winner and the dates to learn how to shoot a jump shot, no so in terms of physical ability KNOWLEDGE MEANS NOTHING. I know a lot about the history of the WWE which got completely cut out of the conversation, in fact I know almost as much as Patrick but how the scene was produced it looked like I didn’t and didn’t care. So for those out there I am very knowledgable about the WWE and have a huge love for it.

W: Yes, I understand what are you meaning. Anyway it is a reality and sometimes the cuts on the videos are decisive to create an opinion about the competitors, even in the Judges minds. Anyway you talked about physical skills. What do you think about ZZ? Certainly he is a nice guy, funny, with a particular character and with a good comedy charisma. But it is difficult to compare him to you or the other guys, lilke Tanner, Josh, Patrick about physical skills and aerobic condition. According to you he belongs to this program?

A: ZZ is a great kid but in terms of work ethic and wanting to be physically in shape to be a WWE Superstar he does not compare or want to be in the shape we all are to be successful in the business

W: Do you think that the Courage Swim Challenge, in which you had some problems, influenced the WWE Universe about you?

A: Just partly, but not entirely. I was courageous in terms of swimming with alligators since I can’t swim so I in theory completed the challenge.

W: There is a guy you are closer than the other? And, according to you, who will win this competition?

A: Josh, Tanner and Mada, since we roomed together and spent a lot of time together. And Hank as well. According to me the favorites to win this Tough Enough Season are Tanner and Daria. They both have a fire that will be tough to burn out. 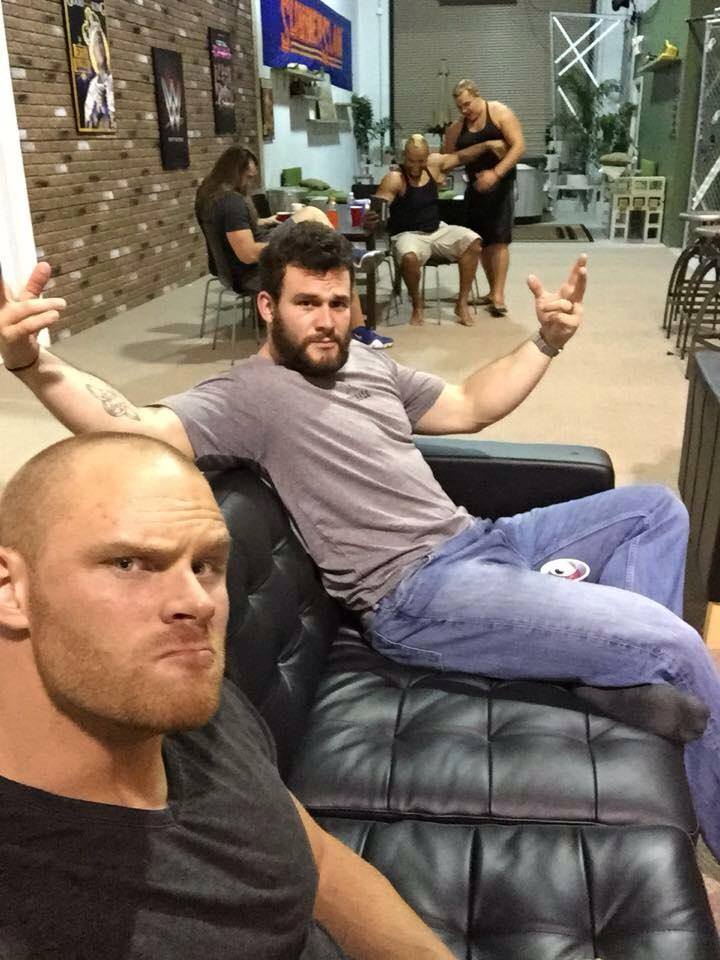 W: I see. On the other hand, what are you plans for the future? Do you want to continue to try to become a Professional Wrestler? There is a chance that you can work again with WWE, maybe doing a tryout to have development NXT contact?

A: Yes I will continue my journey with the WWE if possible. I would love to be in developmental to one day be a WWE Superstar.

W: Do you want to say something to the Italian fans and in general to the WWE Universe around the world?

A: Thank you so much for having me! I appreciate all of the fans and followers to the WWE Universe. Please continue to follow me on my journey on Twitter @ToughAlexF and also Periscope with the same handle for daily videos and chats. Always appreciate the fans, I answer everyone messages and Tweets because you all are very important part of why we are here! Thank YOU! In the end thank you Walter and thank you to Zonawrestling for this interview.

W: Thank you Alex for your kindness and good luck the future. 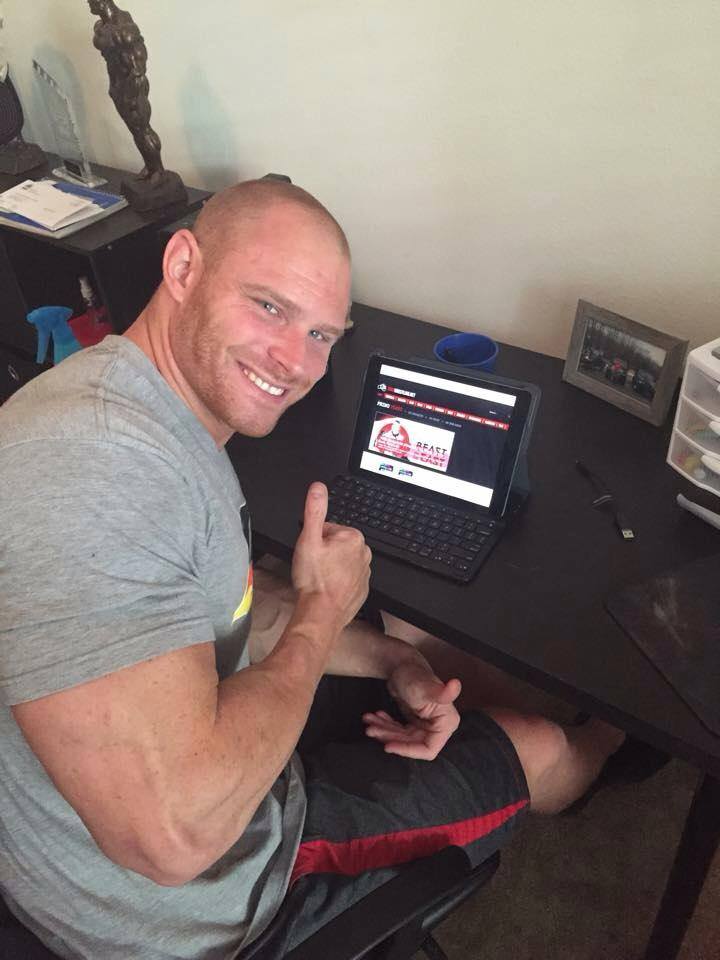